So the Canucks clinched a playoff spot by beating the Kings on Monday night and then celebrated as the Oilers did the same thing the next night. It has been a rough two seasons for Canucks fans; missing the playoffs last year and getting thumped by the Sharks in five games back in 2013. An underrated Canucks roster that hasn’t over achieved but maybe lived up to what they were capable of becoming now has a 1 in 16 chance of lifting the Stanley Cup in June.

Aside from the obvious excitement, what’s next? There are two more games before the end of the season and wouldn’t you know it, the Arizona Coyotes and Edmonton Oilers are the last two tests. My guess is Willie Desjardins works on solidifying his power play, having a practice solely dedicated to line changes or more importantly Nick Bonino line changes and “pretending” they are down by a goal to start the game.

Quick note coach, playing from behind every game before they announce the lineups isn’t a surefire way to a series win.

OK, so how does the everyday Canucks fan as well as the players get prepared for the gauntlet that is the Stanley Cup Playoffs? Here’s your fool proof guide to help you out this spring. 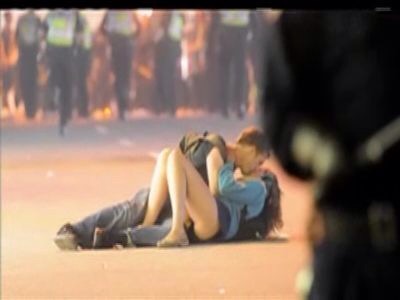 So there you have it! You are now prepared to tackle this year’s Canucks run. It’s not going to be easy,  you’ll probably lose your mind a time or two and Zack Kassian will eventually return and we can all relax. Go get everything you are going to need to survive this trek and enjoy the last few games before ti all gets started.

My main Christmas present this year was Central Perk from @friends x @lego. Over 1000 pieces and one cappuccino later I’m done. Hey @brentonontourpodcast I’m ready for the journey for Java! #building #legoideas #kelowna #coffee #coffeeshop #illbethereforyou #couldthisBEanycooler #iwasonabreak
I am officially submitting my name for @tomsachs MarsYard 2.5 #nikecraftweartester and despite my rookie video skills I’m ready to see what these shoes can do. Used? Bring it on. Brand new? Let’s see how long they’ll last. Will they survive the dreaded lazy slip on shoe that destroys heels or will they last soaking in a puddle? I’ll bring my tool belt for anything these shoes can handle.
Thank you so much to my friend @kasey.sorsby for the Christmas treats she dropped off at work today. Kasey goes above and beyond with everything she does. Kasey, have a Merry Christmas!
I dos the laundry then I sleeps on the laundry
He is such a suck. This donkey has it pretty good. Pooped from playing with his toys and running fetch in the yard. Rocket gives’r every day.